International Genealogy Services Belgium is a professional research company - founded by An STOFFERIS and based in BELGIUM - that assists with international probate research and worldwide tracing. It happens regularly that we have to contact you. Either because we think you are the beneficiary we are looking for; or because you know the person or family we are searching for.

International Genealogy Services Belgium is a professional research company that operates -nationally and internationally- in close cooperation with other genealogists and probate researchers.

This interesting research has enabled us, among other things, to reunite families and provide fascinating information about their past! 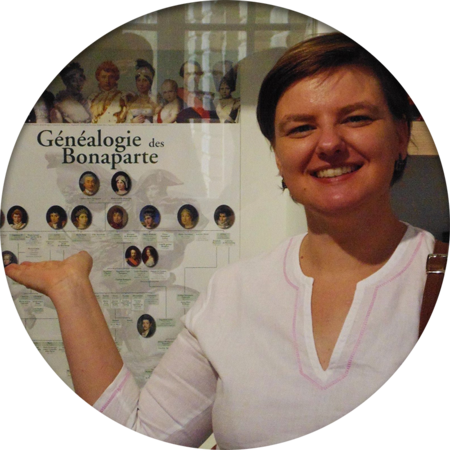 International Genealogy Services Belgium your assistant to trace the beneficiaries of life insurance and owners of abandoned buildings!

Money - assets - of which it is not known who is entitled to it!

covers a broad range of specializations

We are membre of several international genealogical organisations

Who is International Genealogy Services  Belgium?

An STOFFERIS is an experienced historian and founded International Genealogy Services Belgium, which is based near Ghent (BELGIUM). She was born in Belgium (1976) and studied history at the Catholic University of Leuven specializing in cultural history of the middle ages, modern times, and contemporary history.
Also at that time, An STOFFERIS conducted an extensive genealogical research about the origin of the Belgian scientist Joseph PLATEAU (1801-1883). In March 1996, she was successful in bringing together the different branches of the PLATEAU family to a reunion in Ghent. Her frequent visits to PLATEAU’s descendants resulted in direct access to a very large number of sources for the history of this family. Some sources remained unknown, but gave her the opportunity to uncover new scientific and family data.
In 2010, An STOFFERIS prepared and presented a biographical article on the decoration painter Antoine PLATEAU (1759-1815) :
A. Bergmans & A. Stofferis, un des meilleurs peintres de fleurs de son temps - Biographie d'Antoine Plateau, dans Een belvedère aan de Schelde. Paviljoen De Notelaer in Hingene (1792-1797), Brussels, 2010, p. 557.
In 2004 she obtained her master's degree in Tourism & Management at the University Antwerp Business School. That same year An STOFFERIS moved to France and began working at the Belgian Embassy in Paris. But her passion for history and genealogy was very present. In 2012 she decided to expand her genealogical knowledge by following a course in Historical & Probate Research.

Six years ago, An STOFFERIS subsequently created her own research company International Genealogy Services SAS based in 'Les Hauts-de-France' (FRANCE). Initially, An STOFFERIS was active as a genealogist in the BENELUX countries because of her linguistic competences and her solid knowledge of archival sources. But in 2019 An STOFFERIS decided to return to her homeland to establish International Genealogy Services Belgium that assists you worldwide in your probate research.

In addition to her work as a professional genealogist at International Genealogy Services Belgium, An  STOFFERIS has been for a number of years a loyal collaborator of the Dutch television programme 'Verborgen Verleden' (= Who Do You Think You Are).

More than 10 years of experience!

Active in at least 6 continents!

Internet Explorer Out To Date

Safari Out To Date

Please update your Safari browser with a newer version (Safari 6 above) now!